What is a qualification?

A qualification gives a consistent, bench marked indication of someone’s underpinning knowledge, skills and understanding. And critically, a qualification is only awarded to someone who has demonstrated a specified level of achievement which is evidenced by way of a series of assessments, as specified by the awarding body. Following a successful pass, a certificate is then issued naming the qualification. Qualfications are awarded for the person’s working lifetime.

Training courses are not deemed to be qualifications, because they only certify that someone has attended a course. Training courses usually don’t make any assessments or carry out examinations about someone’s knowledge, skills or understanding.

Therefore, training courses are not “regulated” as it is not a qualification.

What does ‘recognised’ mean?
If a qualification is to be regulated, the ‘entity’ has to apply to become a recognised awarding body or organisation – in other words, an Ofqual approved provider, of those qualifications. 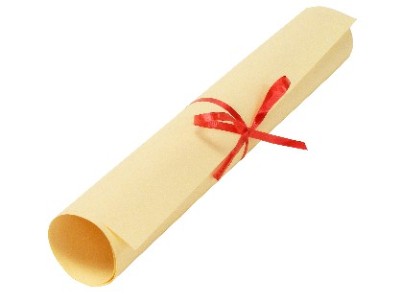 In March 2015 Ofqual published a consultation about the rules and guidance that were proposed to put in place when the withdrawal the Regulatory Arrangements for the Qualifications and Credit Framework (the QCF rules) would take place.
The consultation set out the ‘draft’ conditions, requirements, guidance and criteria which would apply to all qualifications, general and vocational, when the QCF rules are withdrawn.
Ofqual reviewed the responses to the consultation and the decision was made by Ofqual to implement and introduce a simple, descriptive framework, the Regulated Qualifications Framework (RQF) to replace the QCF (and the NQF – National Qualifications Framework). The RQF gives people a clear understanding of how qualifications relate to each other, by setting consistent measures of size (how long, typically, a qualification takes to study and be assessed for) and level of difficulty. The RQF includes all qualifications that Ofqual regulates. Unlike the QCF, it does not set qualification design rules. The RQF was launched and introduced in the late summer of 2017.

The other changes are that the RQF provides a degree of guidance; for example, indicators that a qualification meets certain criteria to be considered a vocational qualification: “the qualification is based on recognised occupational standards, confers occupational competence and requires work-based assessment and/or assessment in an environment that simulates the work place”

Other aspects such as Total Qualification Time (TQT) which replaces the old GLH is also defined.

As ever, this is subject to changes so accordingly, we will update this page and other related pages as and when more information and detail is released by the appropriate authorities.

This is the current position in 2021:

In the UK, the RQF has replaced the Qualifications and Credit Framework.

The QCF was used as the “credit” transfer system which replaced the old National Qualification Framework (NQF). It recognised qualifications and units by awarding credits. And since each unit has a credit value and the credits can be transferred, the system gives the learners the ability to get qualifications at their own pace. The QCF is jointly regulated by the England’s regulator Ofqual, Wales’ DCELLS and Northern Ireland’s CCEA.

An Awarding Body does not normally provide courses of study that lead to a qualification. Typically, an Awarding Body will provide an approval process for independent training providers who, if they meet the criteria, such as quality assurance, are able to award qualifications that are accredited by that Awarding Body.

A qualification from an Awarding Body is always clearly identified as being at one of 9 Levels. These begin with ‘Entry Level’ and then run from Level One through to Level Eight. They have approximate equivalence with Academic Qualifications. Level Five is commensurate with a Bachelors degree and Level Eight is equivalent to a Dphil/Doctorate degree.

Click on the logo’s to view these websites of our two primary awarding bodies that\ we work with,….. 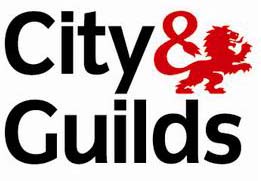